An excerpt with links to the original article is below.

At the desk of: Michael Buono

The Mulberry Construction CEO on cutting out subcontractors, drawing from Machiavelli and helping Playboy return to the club scene 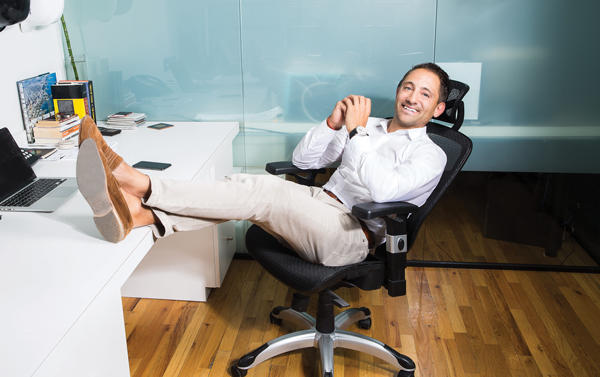 Michael Buono, 41, is the CEO of general contractor Mulberry Construction & Development and vice president of New York Renaissance Group, a separate development ﬁrm with holdings in New Jersey, California and Argentina. On the 10th ﬂoor of the Radio Wave Building — where Nikola Tesla conducted electromagnetic experiments more than a century ago — Buono and his partner, Robert Lavecchia, are testing out a business model that marries two divergent roles in real estate: the GC and the developer.

Their 6,000-square-foot NoMad headquarters is ﬁlled with workstations, stashes of granola bars, an old- school set of gym lockers and sprigs of bamboo that pop out along the wood and red brick interior. Buono and Lavecchia have a glass-walled oﬃce in the corner where they sit side by side at a long white desk. READ THE FULL ARTICLE AT: therealdeal.com